Angelique was originally the Demon Princess of Hell, having been the daughter of Leviathan. Angelique possessed a young woman's corpse following a sacrificial summoning ceremony performed by Duc De L'Isle. Angelique fought to destroy the bloodline of Phillipe Lemarchand after he attempted to destroy the powers he'd unleashed with the Lament Configuration and the plans for the Elysium Configuration. During this time, Angelique summoned Pinhead for help - only to realize that Hell wasn't as she remembered anymore. Pinhead turned Angelique into a Cenobite using the body she was possessing, with Angelique continuing to work alongside Pinhead to stop the Lemarchand bloodline. Ultimately, the Cenobites failed, as Lemarchannd's descendant, Paul Merchant, successfully created the Elysium Configuration - which he used to destroy Angelique and her colleagues and close the gates of Hell once and for all.

When Phillipe Lemarchand completed the Lament Configuration, he delivered it to the occultist and magician Duc De L'Isle, who has commissioned the box's construction. De L'Isle sacrificed a young woman and performed a ritual connecting the gateway to Earth to Hell through the Lament Configuration. The final step of the ritual brought forth a servant of the Labyrinth, with a requirement of the ritual that the vessel this servant would fill would be the minimally damaged skin of the sacrificial victim. Angelique was summoned into the skin of the woman.

In an alternate script, after these events De L'Isle invited eight gamblers over to play a game with Angelique, involving them solving the box together, which caused Angelique to transform them into Pseudo cenobites. The cenobites were loyal to Angelique and killed Lemarchand's life line Auguste, turning his skin into a drum, for their "Clown Act".

Jaques and Angelique kill De L'Isle for Jaques's own lust. Because he helped summon Angelique he can control her as well, but to stand in Hell's way means certain death. Auguste, Lemarchande's friend, advised him to make an alternate box to destroy the very things his box wrought upon the Earth, so he blindly returned to the mansion to retrieve the box and he was killed by Angelique. Unknown to Angelique though, his wife, who had survived, was carrying a baby and therefore continuing the bloodline.

About 200 years later, Angelique, who had been keeping Jaques alive, discovers the bloodline continued and kills Jaques for standing in Hell's way when Jaque refuses to take her to New York to investigate this heir of Lemarchand. When she arrives in New York she discovers that Lemarchand's heir, John Merchant, has unintentionally created a building based upon the Lament Configuration. The design of the building is potentially the largest gateway to Hell ever created. She calls in some help from Hell, but is surprised when Pinhead emerges, saying things have changed greatly in her absence. Pinhead forces her to take her real Cenobite form. Together they formulate a plot to manipulate John Merchant into fulfilling the building's potential as a large, more permanent gateway to Earth alongside the Siamese Twins cenobites and Pinhead's cenobite pet, The Chatterer Beast. They kidnap his son and force him to make the arrangements, but when John betrays them and attempts to trap them he is decapitated by Pinhead and all five cenobites are taken to Hell. Since the boy survived, the bloodline continued.

In 2127 we find out the bloodline has still survived and that Paul, the latest result of the bloodline, has released Pinhead, the Siamese Twins and Chatterer Beast again, as well as Angelique who was trapped in her human body and made into a cenobite upon arrival in Hell. Paul Merchant was trying to end all the chaos until he was arrested.

One by one the Cenobites pick off all the officers, but Rimmer and Paul manage to escape the space station which has been revealed to be the Elysium Configuration, which when activated destroys the cenobites as it locks the gateway between Hell and Earth.

Angelique is a bald Cenobite, a common factor, with her scalp bisected, exposing the top of her cranium, and pulled down by cables clamped into her shoulders. She also has hooks that dig into either side of her chest and her stomach. Unlike the more formal Cenobite robes and uniforms, she wears a tight and sexualized leather dress that reveals her midriff and thighs and leather gloves reaching up to her elbows. 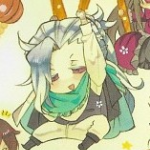 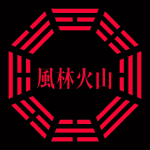