Torso is one of many cenobites modeled after the original Chatterer cenobite.

Torso is one of the most brutally altered former humans in the Cenobitical Order, as the Cenobites work to achieve perpetual pain and suffering. He was created by the Chatterer, who made the Torso in his own image. Since the Chatterer's apparent demise, Torso searched the corridors of the Labyrinth for his master.[1] He joined Pinhead's Gash alongside the Wire Twins. Together they tortured one specific soul named Joseph Thorne, who had been trapped in limbo between Earth and Hell.[2]

Torso is a cenobite with the likeness of Chatterer, none of his facial features can be seen, apart from his mouth which has been stretched apart by hooked chains and small squinty eyes, though this is mostly covered. His face appears to be twisted and mutilated to look similar to Chatterer's burn scars. As his name suggests, he is missing his entire lower body. A section of his bare spine protrudes from where his lower body was removed. He also has pale white skin covered with a mass of mutilating cuts. 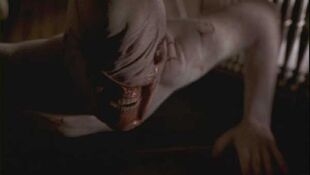 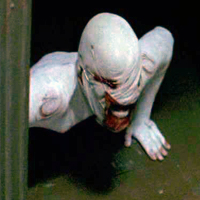 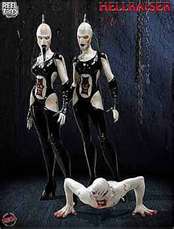 torso and the wire twins 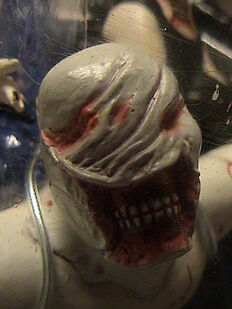 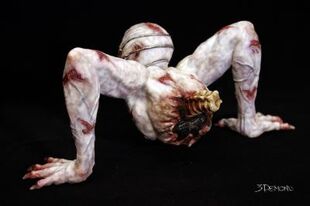 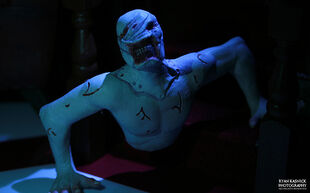 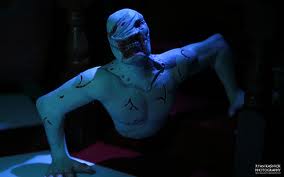 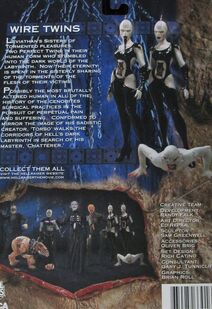 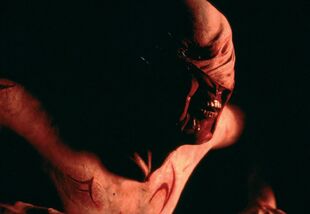 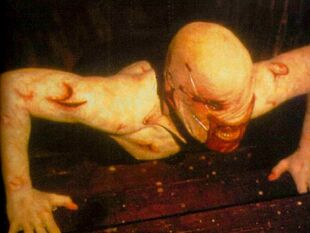